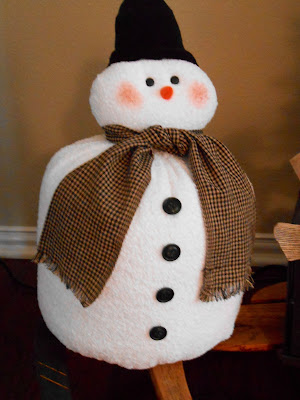 After Christmas, I was in the mood to make a snowman and searched the web for some ideas.  I found this tutorial for a chubby snowman and went with it.  I made the first one from a white towel, because I wanted some texture.  I'm keeping him out for awhile for the winter time. 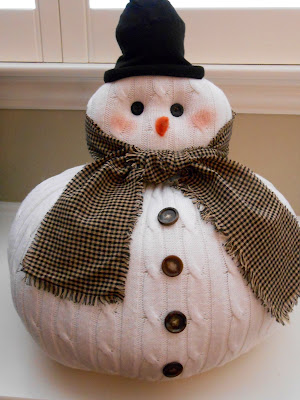 The second one I made from an old white sweater.  I used the bottom of the sweater for the body and one of the arms for the snowman's head.  This is being sent to my sister for her birthday. 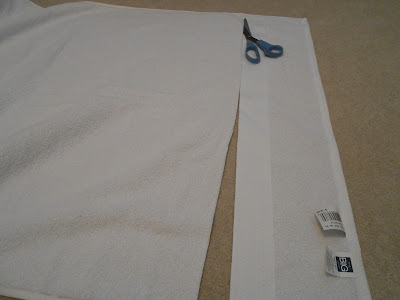 For the towel snowman, I cut the banding off one of the ends.  The towel is the perfect width to make the snowman.  All you need to do is then cut up 15-16 inches. 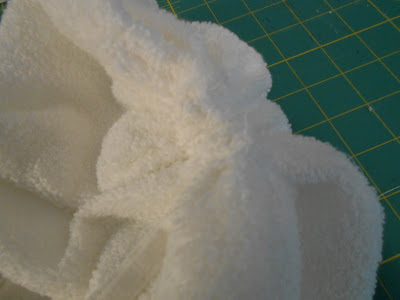 My tip is when you are gathering, double your thread and make a secure knot.  Also, take a few stitches at the very beginning to secure the thread even more to reduce the chances of breakage when you are pulling the thread while gathering (not that I would know anything at all about this!!).  To add stability, some pebbles are added to the bottom of the snowman, and then stuffing fills in his body. 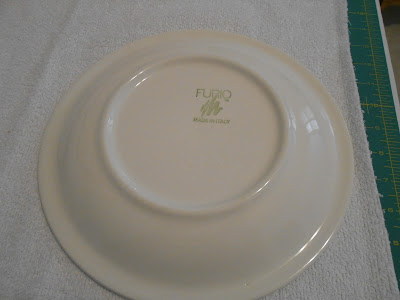 I used a dinner plate to measure around for the head of the snowman. 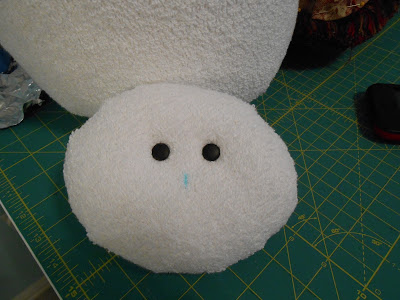 When you sew the eyes on, again make a secure knot in the back of the head.  You want indentations for the eyes of the snowman.  I marked where the nose should go with a pen, and then you make a small cut and hot glue is applied and then nose is inserted with a little more hot glue. 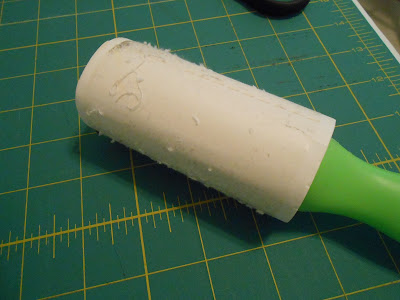 I use a Dollar Tree lint roller to clean off my cutting board and also on myself.  Why do I always seem to have on black when I sew???!!! Mr. Chubby and Mr. Chubbier all finished!  I chose to leave off the arms from the tutorial.   The  hat is made from the toe end of a sock and rolled for the brim and hot glued on the head.  Buttons are hot glued down the front.  The scarf is made from a strip of homespun ( no need to sew, just fray the edges).  Even the head is hot glued on!!  Apply a little powdered blush to the cheeks and there you go!

I am sharing this with: