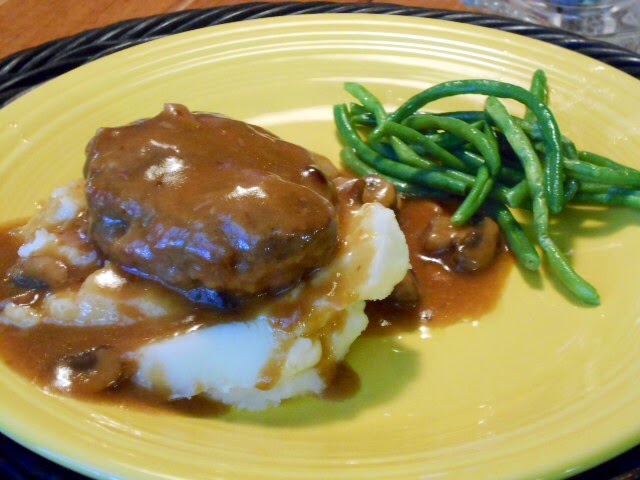 1.  In a large bowl, mix together the ground beef, onion soup mix, bread crumbs and milk, using your hands.  Shape into 4 patties.

I am  sharing this with:

Posted by kitty@ Kitty's Kozy Kitchen at 2:00 AM
Email ThisBlogThis!Share to TwitterShare to FacebookShare to Pinterest
Labels: ground beef