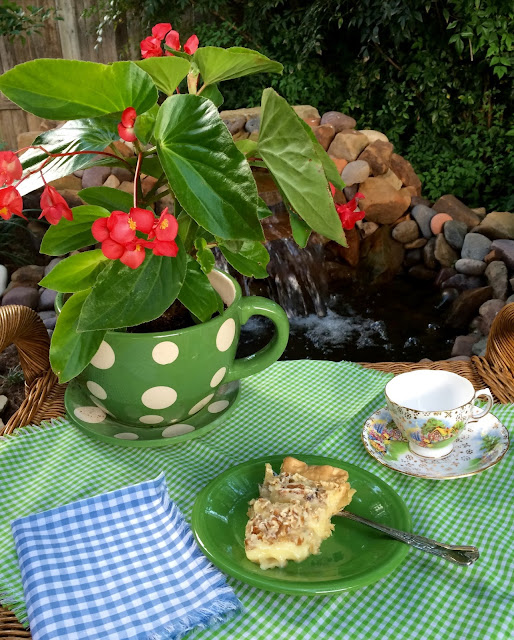 Today I'm sharing an award winning recipe that I received when touring the McKinney Home and Garden Tour. It's so good! 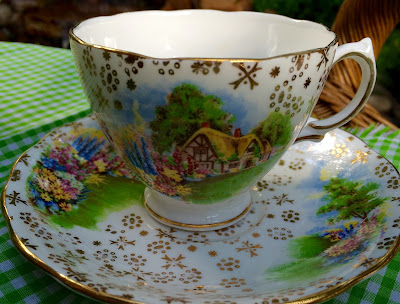 This sweet teacup that I received from the last teacup exchange always puts a smile on my face! 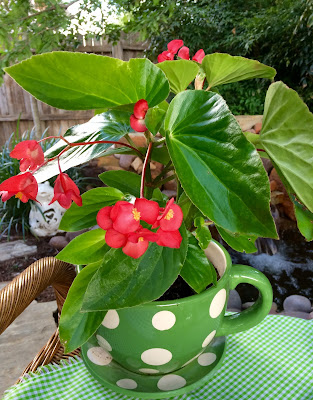 My teacup planter is thriving with the Angel Wing begonia.  I wish I had thought to take a picture of what is started out like after the winter months. 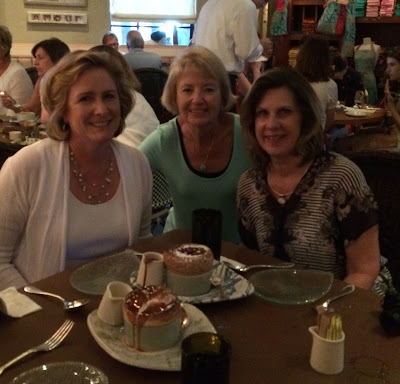 Recently I met up with two blogging friends at a new to me restaurant, called Rise.  Eilis, who blogs at My Heart Lives Here, is on the left, then me, and then Bonnie, who blogs at Living With Thanksgiving.  Eilis and I had met twice before, and Bonnie, whom I had never met, but "knew", was in from Alabama, visiting family.  Bonnie's DIL suggested this restaurant and oh my, we all loved it!  It was such fun visiting!  We each had a salad,  and like good friends would do, we shared a ham and cheese souffle'. 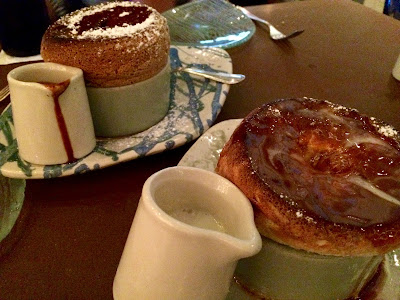 Of course, when women are together we just HAD to try two desserts to share! I must tell you that the souffles' were so perfectly prepared and were heavenly.  We had the chocolate souffle' and the bread pudding souffle'.  What a delightful afternoon it was with friends at a fabulous restaurant. 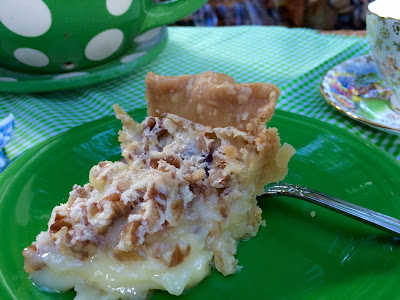 Now for the pie recipe....When I toured the McKinney Home and Garden Tour recently, a lady of one of the homes was sharing recipe.  She told the story that this Buttermilk Pie was served to President Truman on the USS Missouri, and he liked it so much that he asked for the recipe.  The Steward of the ship refused (can you imagine??) to give him the recipe, but in 1994, the recipe was released.  Although my picture doesn't do it justice, it really is a wonderful pie!  Barbara Wagner, who shared the recipe, has won several awards with this recipe.

Cooking and Crafting with J & J
Share Your Cup
Full Plate
Thoughts of Home on Thursday
Foodie Friday
Weekend Potluck
Tea in the Garden
Dishing It! & Digging It!