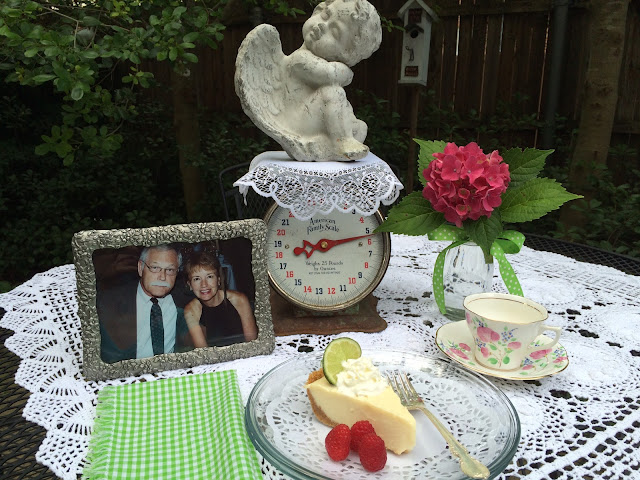 Today would've been our 45th wedding anniversary.  The picture of the two of us was taken on an Alaskan cruise, during one of our anniversaries.    I'd still like to remember my late beloved and our special day.  We were blessed to have been married for 43 years before he passed away almost two months after our anniversary.  We always went out to dinner to celebrate, but on that last anniversary, I had taken him to the oncologist and he really wasn't up to going out.  What we did on the way home, however, was had chili dogs for lunch at Sonic, and ate them in the car.  I miss him every day, but thankfully I have my memories that keep him alive in my heart, and my family that each have a part of him.  I do have to share with you that on that last anniversary, he had actually gone out and bought me a card, but he never could sign it.  He just cried when he gave it to me, as he must've known in his heart that this was our last.  We just held each other and cried together. 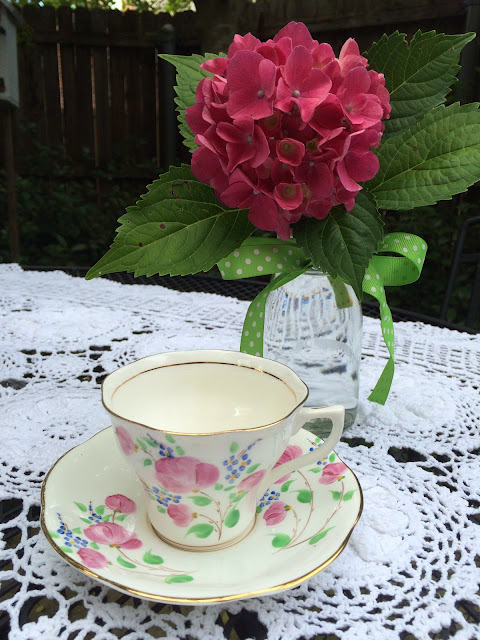 I am using this pretty Rosina teacup that I received in one of Stephanie's, from The Enchanting Rose, teacup exchanges.  It's such a pretty design and matches my ONE and ONLY hydrangea from the plant that my youngest son gave me last year.  It's such a vibrant shade of pink and I decided to cut it so that I could enjoy it inside for awhile. 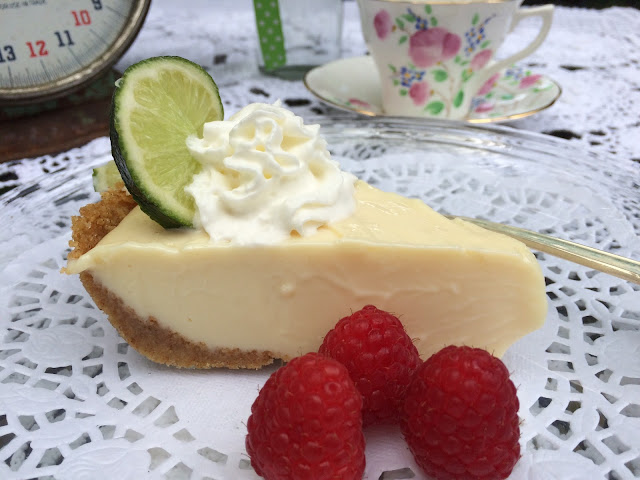 I'd like to share a recipe with you that I had recently at my friend, Sylvia's.  Of course I asked for the recipe and it is sooooo good and sooooo easy.  It ranks up there with restaurant quality key lime pie  Here it is:

Mix the ingredients together and pour into the graham cracker crust.  Bake at 350 degrees for 9-10 minutes.  Let cool and then refrigerate.

Update on my son, Mike:


I am sharing this with:


Thank you for your visit!  xo

Posted by kitty@ Kitty's Kozy Kitchen at 2:00 AM
Email ThisBlogThis!Share to TwitterShare to FacebookShare to Pinterest
Labels: pie, tea, vignettes