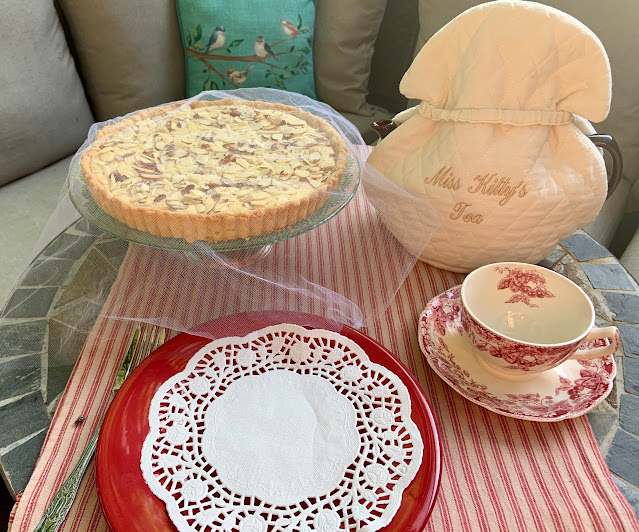 I've made a Bakewell Tart, a recipe that's been on my agenda for a couple of years.

The recipe is from King Arthur Baking and came in their publication. A Bakewell Tart is a British dessert, and since Queen Elizabeth celebrated her Silver Jubilee, I thought it was fitting.   I covered the  tart with netting, and as you can see from the fly on the left, it was a good idea!!  Flies on food are a pet peeve of mine. 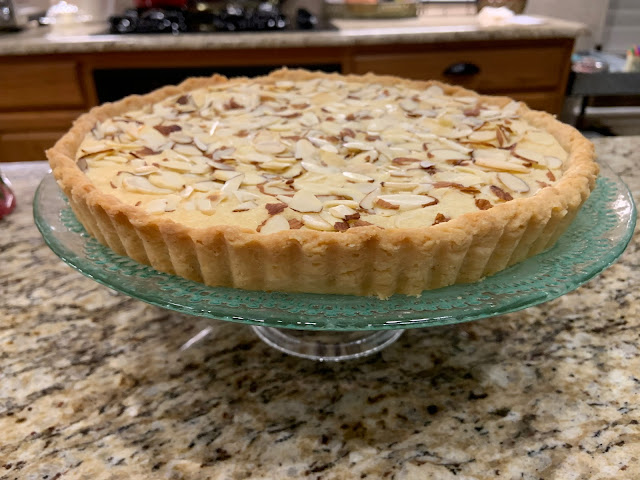 It's a beautiful tart and I'm including the recipe if you'd like to make one. 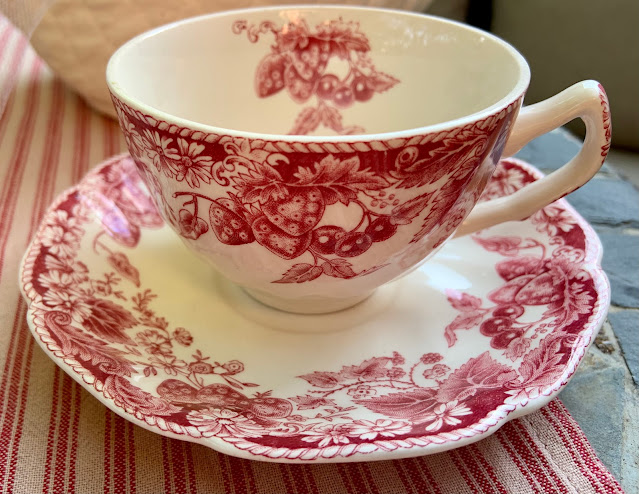 This Johnson Brothers Strawberry Fair teacup is such a pretty one. 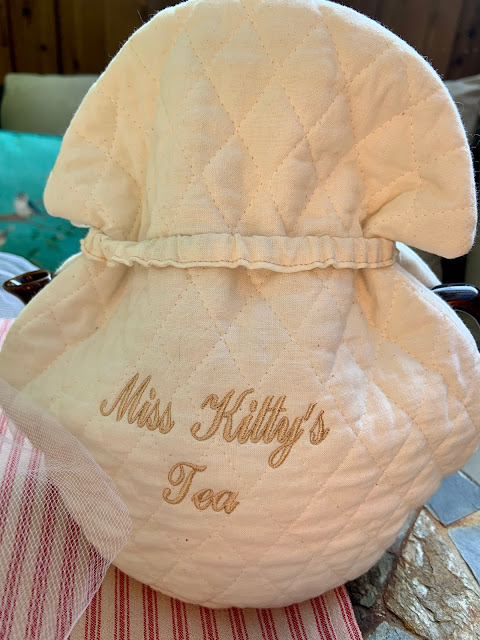 My dear friend, Pat, gave me this pretty tea cozy that her cousin made, years ago.  The other side has an embroidered ladybug. 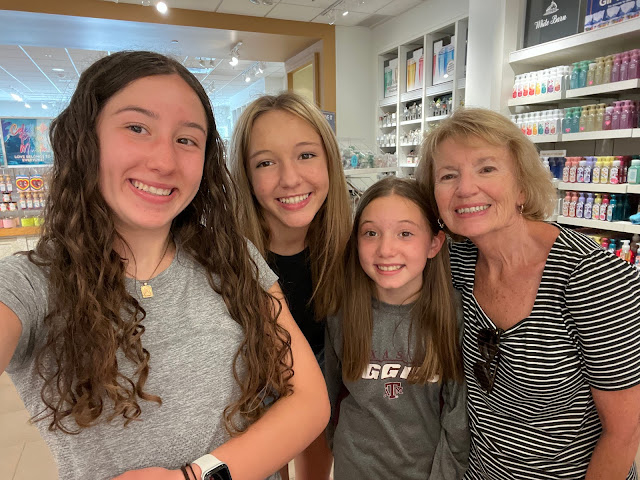 My granddaughter, Avery, on the left, had a May birthday and I was able to take her out for lunch, along with Cissy, her cousin, and Ella, her sister.  The girls all chose avocado toast (aren't they healthy?!), and then we went to Bath and Body Works, and for yogurt. 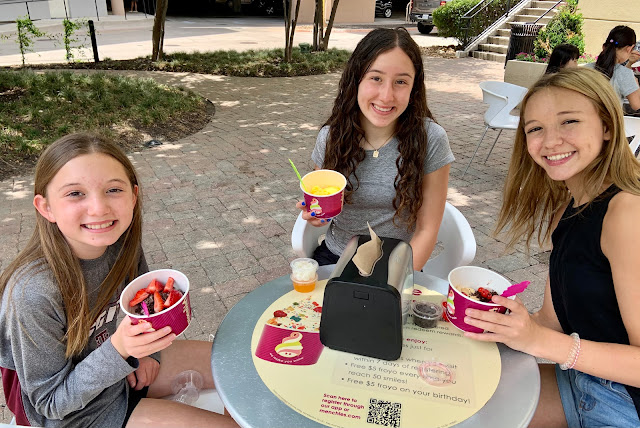 They enjoyed their treats and eating outside.

I also was able to take Caiden out for his May birthday, along with Molly, my daughter, and Cissy, his sister.  Riley was still asleep and missed going.

Yield: one 9" tart
Author: Kitty, but recipe is adapted from King Arthur Baking 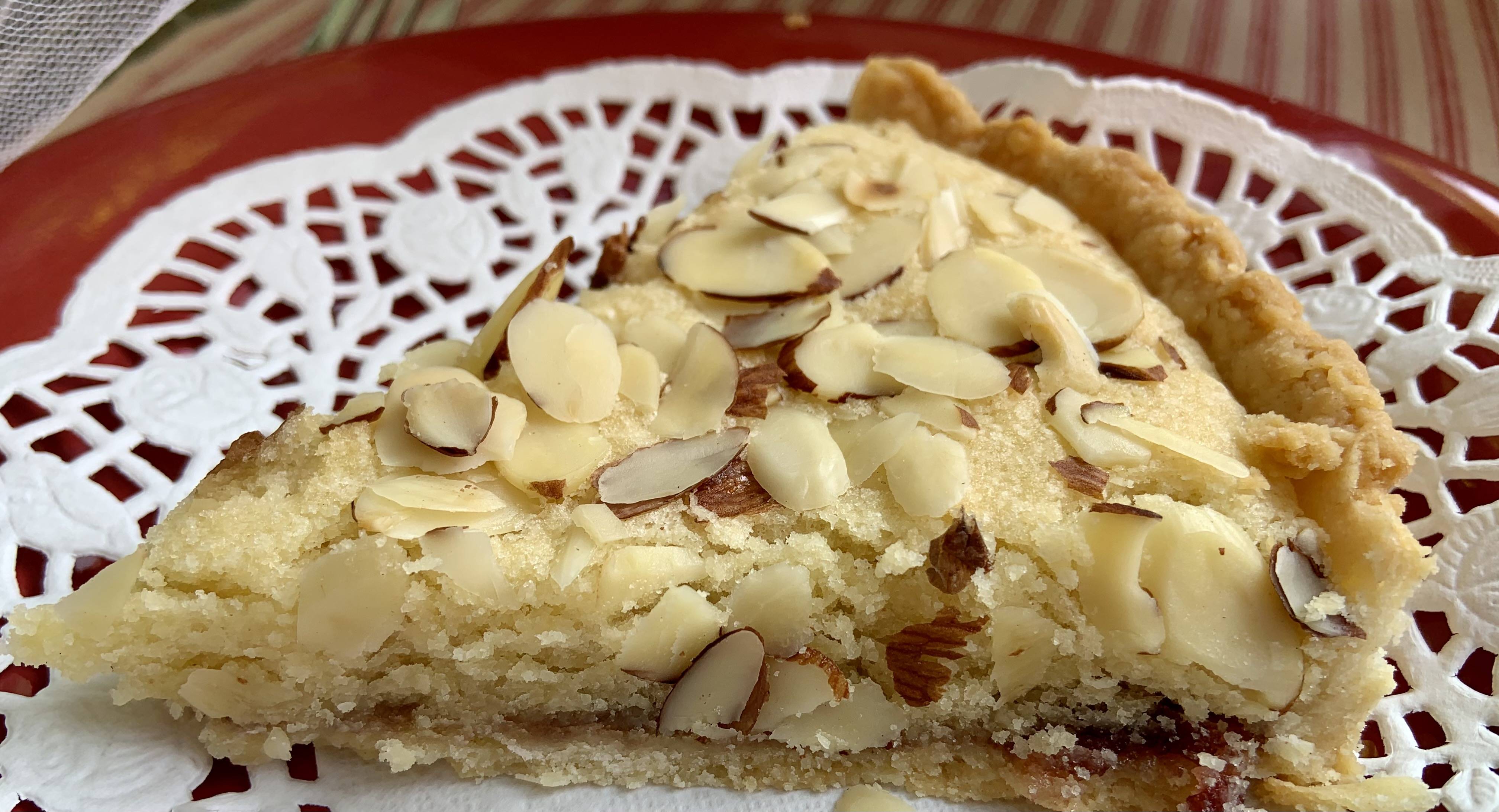 The dough for the tart is very easy to work with and doesn't require refrigeration before rolling it out. You do, however, freeze the crust after it's in the tart pan.

The tart really does keep well covered  at room temperature, for several days.

I am sharing this with:
Love Your Creativity Link Party
Full Plate Thursday at Miz Helen's Country Cottage
Encouraging Hearts and Home
kitty@ Kitty's Kozy Kitchen at 12:00 AM
Share