Egg Roll in a Bowl 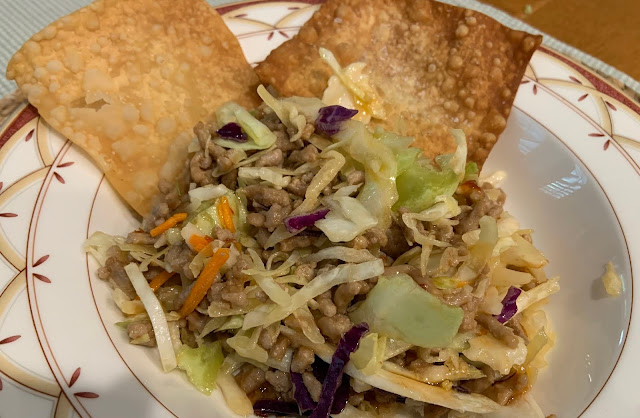 This is my new favorite dish that I tried this summer.  I found the recipe is a local magazine and adapted it for ease in preparation and ingredients

*Update on my grandson*

My Marine grandson who who had returned to Kuwait after Afghanistan, and is now in Saudi Arabia, is scheduled to return to the States in early October.  Even though the Marines had taken the Covid shot, some of them got Covid when they returned to Saudi Arabia.  They have a gym there and it had to be shut down for a week. 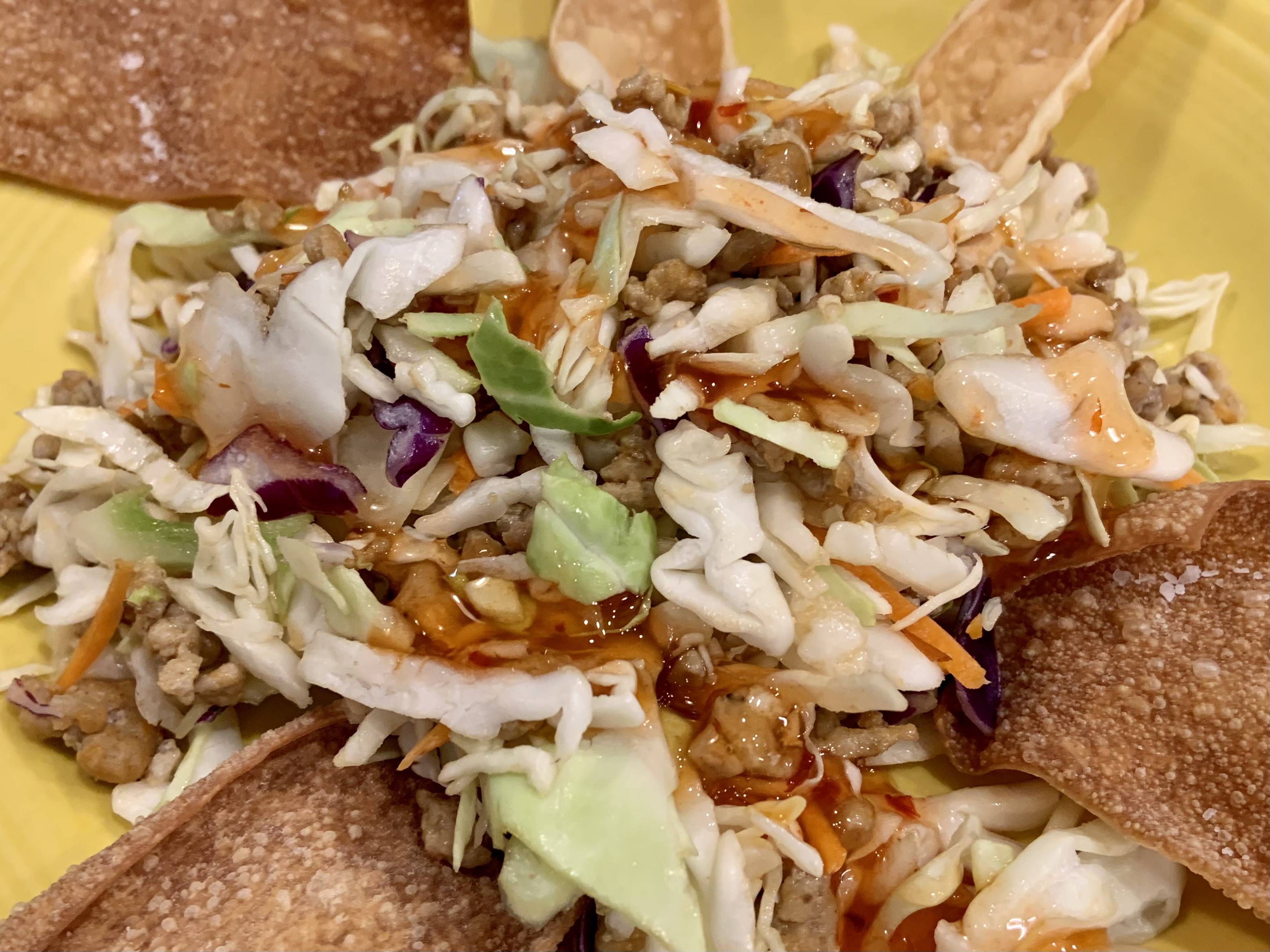 Egg Roll in a Bowl

This is my new favorite meal that I made this summer!

An 8-ounce bag of cole slaw is enough for two people. Save half the meat mixture for making lettuce wraps for another time.

I am sharing with: